The Huawei Nexus 6p is a beast.

And it’s a screen rotation bug. At times, the screen snaps back and forth between orientations quicker than a gay Republican.

I’ll come right out and say that I can’t fix the problem. I can only treat it as it happens.

And the treatment’s quite simple.

1. Swipe down from the top of the screen to access your notifications / quick settings.

Once the connection’s been dropped, you will be able to reassert control over your rebellious device – or shave the beast, if you will.

3. Swipe down from the top of the screen to access your notifications / quick settings.

Personally, I’ve had this problem in one context only – while casting to a Chromecast – and figured that the problem was therefore connection-related. With that in mind I tried airplane mode, and discovered that it could, in fact, always deal with the issue. Hope this works for you too!

Nexus 6p – How to Fix Screen Rotation Bug Without a Reboot

Mogul and Republican frontrunner Donald Trump displayed an astounding ignorance Friday with his comments on the unofficial leader of Dubai, Sheikh Mohammed.

You know what, I gotta tell you, I have a lot of respect for the guy. The Sheikh and I have done a ton of business together, and I’ve been telling him, you know, get dressed. ‘Cause it’s all about presentation. And he’s basically wearing a bathrobe. It’s not easy to take him seriously.

In the hours since, protesters in Dubai have already burned Trump in effigy, promising that his “ignorance will be his undoing”.

This comes almost 10 years after George W. Bush’s famous U.N. gaffe, where he praised the Saudi delegation for being “hopefully the first among many” nations to feature “transgendered persons” among a diplomatic retinue.

At the time of his comment, Saudi Arabia was taking much heat for its “barbarian” practices with respect to sexuality and orientation, and the President was roundly criticized for being unaware of all of this. In the days that followed, he issued a statement apologizing:

I’ve had a few days to be caught up, and I see where I got muddled up, as they say in Texas.I was not aware that they were wearing thawbs. And you have to understand, keffiyeh’s aren’t usually red. It was pretty, and I was surprised.

Although at the time, the public seemed to generally forgive Bush’s accidental offence, Trump has routinely been making comments of this nature, and his views may be taken to be more representative of his actual beliefs. However, with his media presence, who knows – we might soon see similar figures in the Middle East wearing clothing with pants. We’re living in interesting times.

Re Keeping up with the Jones’ Daily Challenge

Look, this is an entitled generation, I’ve heard, and I don’t want to be a part of the problem. That’s why I just ask for one thing.

Granted, it’s not a cheap thing. And it’s technically dangerous in the wrong hands – or, to others, in the right hands – but it’s really, really awesome.

It’s magnificent. It’s fancy. It’s got cool tech. It has thrust vectoring. It has an M61A2 Vulcan 20mm cannon. It has fixed-geometry serpentine inlets and RAM. It’s got a top speed of Mach 2.25.

Ok, I should stop. I’m probably getting you all worked up.

The F22 Raptor is the most beautiful thing to come out of the most beautiful engineering segment – aviation – in at least 50 years. It’s a fifth-gen fighter aircraft capable of out-dogfighting (arguably) any aircraft ever built. Yes, it costs about $200mil apiece, but I was gonna say please. It’s also got an annoying propensity to deprive pilots of oxygen, but you don’t get into the flying game for the fresh air. 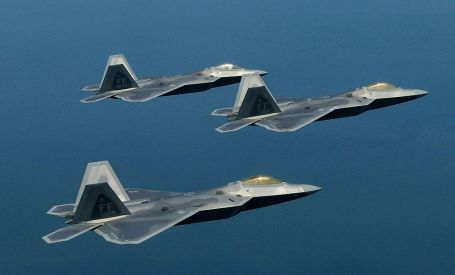 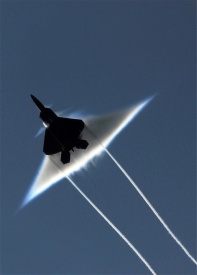 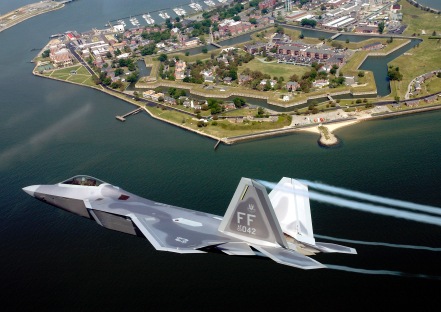 I Just Want One Thing

Re Sink or Swim Daily Challenge

Have you ever been left alone to fend for yourself in an overwhelming situation?

I remember the panic I experienced when I knew I was, and how helpless I felt. I was young, really young – young enough that I hadn’t learned to swim – and I’d just exited a waterslide. It was one of those slides you go down on a blue matt and then plop out into a pool. Well, I plopped out, and still sitting on the matt, started to sink. The water level quickly rose above the matt, and my panic level immediately followed it. I looked desperately at my father for help, but none was forthcoming. I couldn’t understand. I was DROWNING! How could he just stand there looking blankly at me? I couldn’t swim!

Moments later, when through the matt my butt felt the hugely reassuring bump of the hard bottom of the pool, I finally understood why. The twenty inches of water taught me a valuable lesson: if you feel like you’re drowning, don’t panic – you’re probably just stupid.

When I spend a day snowboarding, I’m liable to fall. In fact, I very nearly intend to.

I’ve snowboarded for years. When I was 7, I began to toboggan standing, as sitting had lost its charm. Then my father told me about snowboarding. It sounded great. It was great. I could continue to challenge myself in perpetuity. And with each challenge was the risk of a fall. In fact, I came to realize that falling was an inevitable consequence of pushing myself. If I went the whole day without falling, I knew I’d “wussed out”.

I like to think that the same should apply to resolutions. If you’re keeping them, you must not be giving yourself hard ones.

-And that, my friends, is how you can use a post-hoc analysis to feel better about your failures.

When Keeping Resolutions is Weak

Re Unpopular Daily Challenge: “Goal: write about a time you had to pick between two choices, and you picked the unpopular one”.

I was recently asked by a middle-aged man where babies come from. I told him the truth – “In your case, I’d hope for a stork” – but I knew what he really meant.

Now before you furiously touch all parts of your screen trying to exit this without pressing your one button, know that I do understand you. In fact, I appreciate you. It’s cute. It’s hip. Mostly, it is a fair declaration to all: “I am not the type of person you’d want to trust to bag your groceries.” In the old days, to achieve the same effect, one had to wear a tricornered “Dunce Cap”. With technology’s continued progression, we’ve miniaturized it, made it elegant, and even added a virtual assistant capable of calling people whose names sound just like that of the person you tried to call. In fact, I even briefly saw someone go on the Interwebz on one (until the adorable little battery gave out – though to be fair it was over 20min since it’d been charged).

Now where did such a mindset come from? And what alternative is the author into?

Android is the alternative. Not an alternative, mind you, but the alternative. And I don’t love Google any more than Apple. I did, by the way, but Google lost me as a fan after making Google+ signup automatic and with huge privacy issues, and losing their motto (and parallel motivation) “Do no harm”. Apple had my support after my aging and oft-dropped MacBook Pro made it into its fifth year of function.

Provenance of an Android Fanatic

P.S. Ask your doctor about meds like Champix if you really need the assist. I’ve heard many good reports secondhand – it seems to reduce cravings and withdrawal.

P.P.S. Re using E-cigarettes to quit – if you can do so with nicotine-free e-liquid, I recommend it. My heavily-smoking friend has been non-smoking for several years after quitting that way, and he was able to wean himself off the e-cig quite easily. However, while e-cigarettes with nicotine e-liquid are certainly a great improvement over cigarettes, you lose out on one of most noticeable benefits of quitting: lack of dependence. I’ve personally quit using the latter route, and while it lasted about 5 months, I had an e-cigarette sticking out of my mouth and various related paraphernalia jangling in my pockets for the majority of those months. Furthermore, when after five months I inevitably experienced technical issues, the difficulty I had acquiring what I needed quickly prompted my return to cigarettes. As such, I’d recommend making dependence a strong elimination target in its own right.

Fashion. A word whose semantic meaning is uncontested, but whose practical meaning could hardly be more controversial.

One would be hard-pressed to find an English-speaking individual who doesn’t know what “fashion” means. One would be similarly hard-pressed, however, to obtain a consensus about what exactly is “fashionable”. However, to resolve this apparent contradiction by pointing out that fashion is “subjective” or “in the eye of the beholder” is to attribute to ourselves that which is externally determined.

The fact is, as much as people may use fashion to attempt to differentiate themselves from their peers, we do not determine what we like, or what we find fashionable. This is hinted to in the definition itself: “fashion – a popular trend, especially in styles of dress and ornament or manners of behavior” (Source: Google). A “popular trend” is by nature liked by many people (otherwise it would be neither a trend nor popular).

So how, then, do people use fashion to express their own individuality? I posit that by choosing a particular style, we ask of others that when they look at us, they see (in some sense) not us but the aggregated characteristics of those who share that particular style. For instance, when I wear a fat-suit to go to parties, I’m not trying to get everyone to see me as fat – I’m trying to get them to see me as friendly (though I’d also accept jolly). In a sense, then, the “individuality” we express is more about what group we want others to view us as belonging to then it is about our uniqueness as an individual. If fashion were a test question, the answer would therefore be multiple choice format, rather than short-answer.

Where do these aggregated characteristics come from? Associations, broadly speaking. Specifically, we associate the characteristics of the people we’ve seen displaying similar styles with the style itself – and we then display the styles (by wearing them) with the implicit hope that others will share our association (i.e. if we like people who wear tophats, we’ll wear them, assuming on some level other people will share this liking and extend such affection toward ourselves). The associations can also be manufactured deliberately, e.g. by clothing manufacturers advertising a particular item on an actress, so that people’s associations with the actress might be extended to those of the clothing item. One last source is perhaps the most interesting: the Hemline Index. This is a theory, presented by economist George Taylor in 1926 (WikiPedia):

The theory suggests that hemlines on women’s dresses rise along with stock prices. In good economies, we get such results as miniskirts (as seen in the 1960s),[3] or in poor economic times, as shown by the 1929 Wall Street Crash, hems can drop almost overnight. Non-peer-reviewed research in 2010 confirmed the correlation, suggesting that “the economic cycle leads the hemline with about three years”.[4]

Lemme know if I missed any of the nuances.

Waking up to a buzzing alarm on January 25th feels astonishingly similar to yesterday’s wakeup. I’m disoriented for a moment. Then angry (a preparatory measure, in case someone else woke me). Soon that gives way to a sense of hope (today is a new day, full of exciting possibilities). Finally, I poop like a man, eat breakfast, and make myself a coffee.

Feeling alert, five pounds lighter, and satiated, I pull open my laptop to get cracking.